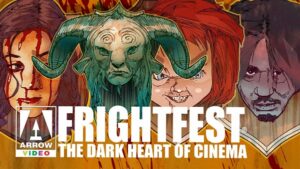 Arrow Video FrightFest, the UK's most popular horror and fantasy film festival, is back at London's Cineworld Leicester Square and the Prince Charles Cinema from Thursday August 25 - Monday 29 August for five days of the very best of global genre cinema.

Celebrating its 23rd blockbuster edition with thirty-two world, twenty-two International/European and eighteen UK premieres, the world renowned event leads the way in attesting to the versatility of the genre and this year is no exception, with seventeen countries represented, spanning five continents.

The festival opens with the World premiere of The Lair, an action-p... 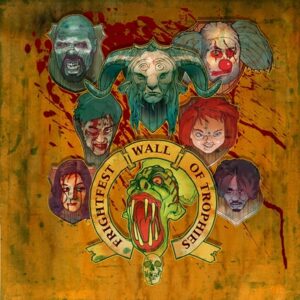 Arrow Video FrightFest is proud to present Graham Humphreys' stand-out poster design for 2022, which marks the 14th appearance for his iconic Monster.

Graham revealed today: "The predominant theme is a celebration of past 'trophy' films. I took my inspiration references from an old paperback cover 'Vincent Price presents: The Price of Fear', in which Vincent's head is depicted mounted on a wooden shield. It seemed the perfect way to represent the films, with key portraiture represented as mounted heads. Rather than mount the head of the regular FrightFest monster, I thought it would be fun to turn him into the roaring lion of MGM's familiar mascot!"

The UK's No.1 horror and fantasy film festival is back in person at the Glasgow Film Theatre, which for 17 glorious years has been FrightFest's second home, as part of the internationally renowned Glasgow Film Festival.

From Thursday 10th March to Saturday 12th March, FrightFest opens its terror trove to present twelve tasty treasures; an extravaganza of the dark arts, embracing the latest genre discoveries from around the globe, spanning eight countries in three continents, which includes World, International and UK premieres.

Alan Jones, co-director of FrightFest commentated: "It's with great delight and with every single bloo... 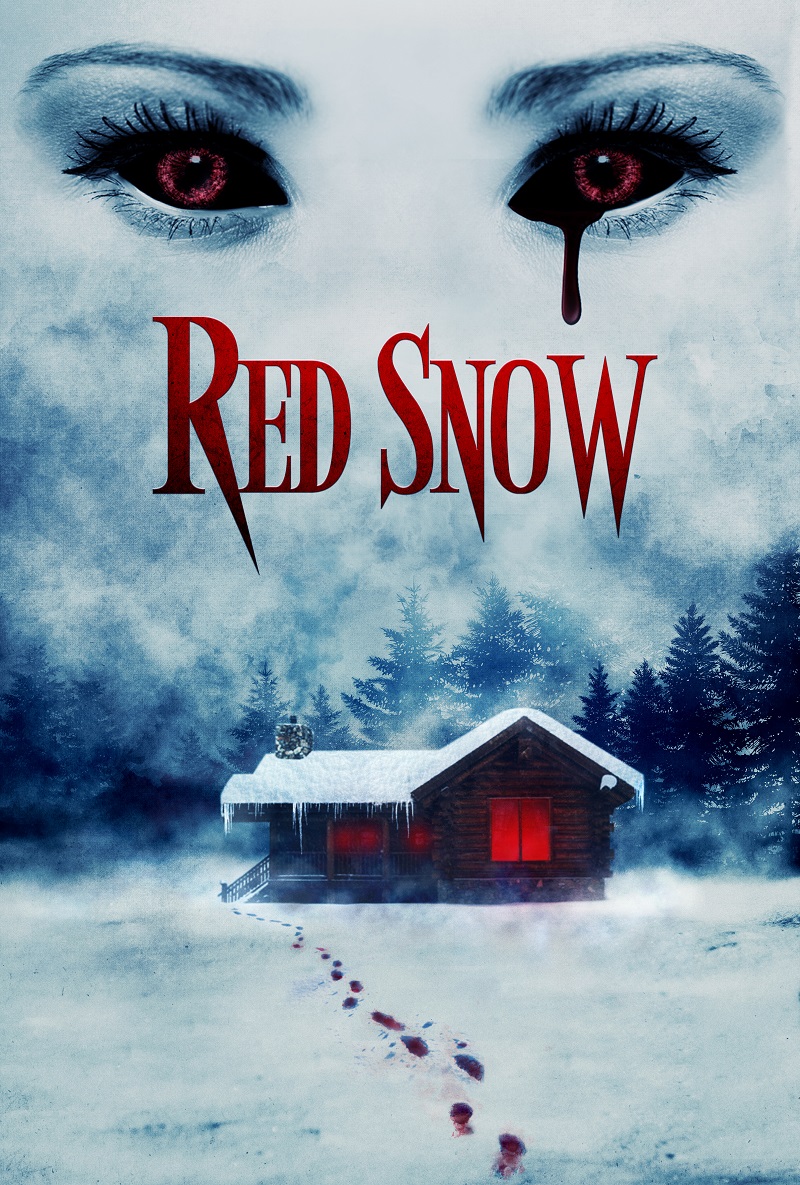 Final film of Arrow Films FrightFest Online Edition 2021 is a fangtastic (sorry) twist on the vampire movie, Sean Nichols Lynch's Red Snow. We had a quick chat about this blood-splattered shocker which has a deep vein of humour running through it.

HC: Where did the idea for Red Snow come from?

SL: I was trying to get a different horror feature financed and was struggling to get it off the ground. It was a frustrating period for me, and I honestly felt like I'd never get to make another film. I happened to run into Dennice, who I knew from my film school days at San Francisco State. We got to talking and I started to think about how great it would be to just drop everything and mak... 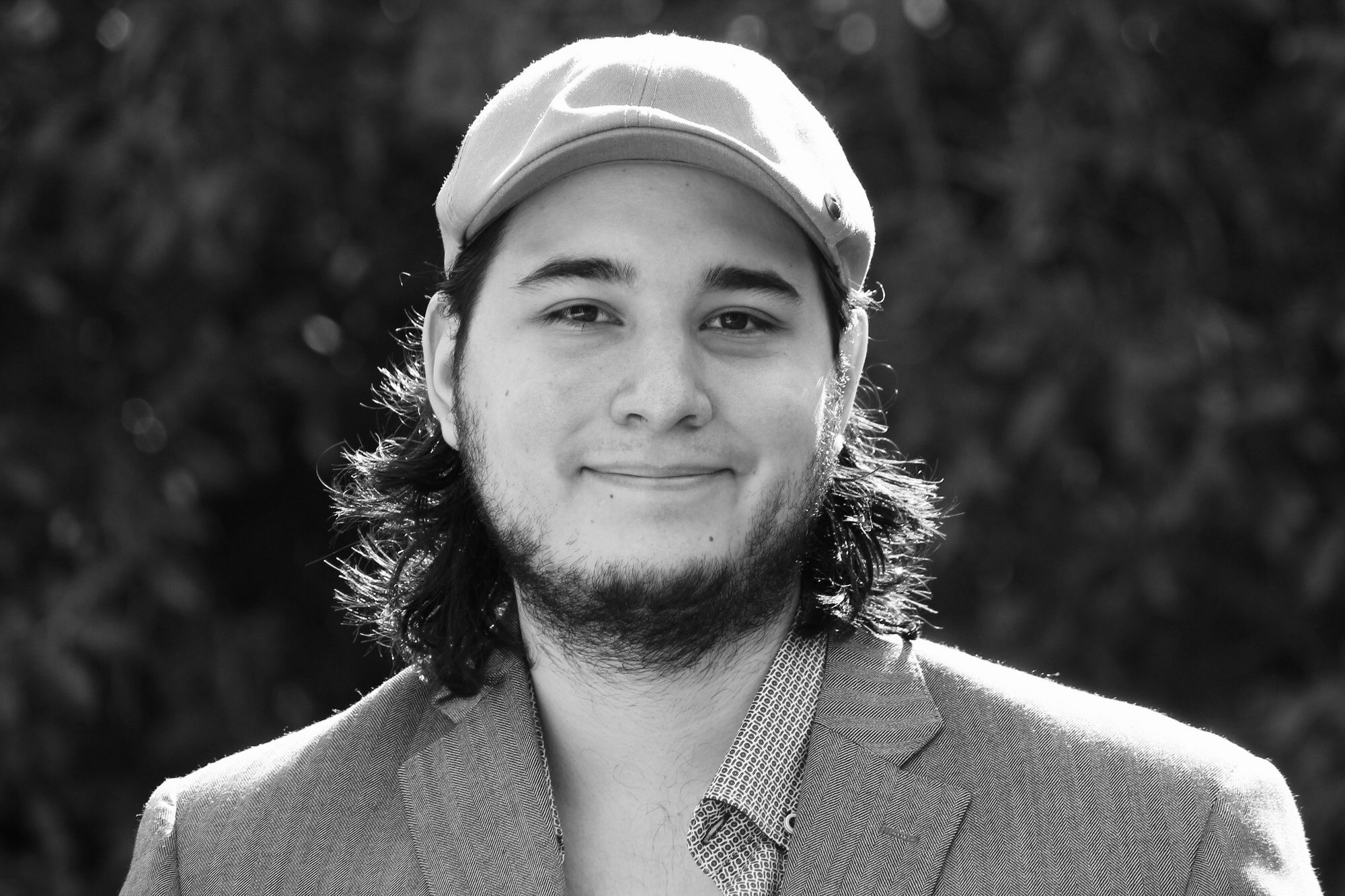 Director Alex Kahuam has brought to Arrow Films FrightFest Online Edition a brutal and intelligent film, Forgiveness. Almost devoid of dialogue, it's an excursion into the raw side of reality. Here he chats about this movie and his plans for the future.

HC: Was there one movie you saw when growing up which made you want to go into filmmaking?

AK: When we were kids my brother and I my parents took us a lot to the theaters and this is where everything began for me. I just loved the experience so much and till this day I thank them because they triggered this on me and for many years filmmaking has been my life. While growing up Hollywood films have always been ... 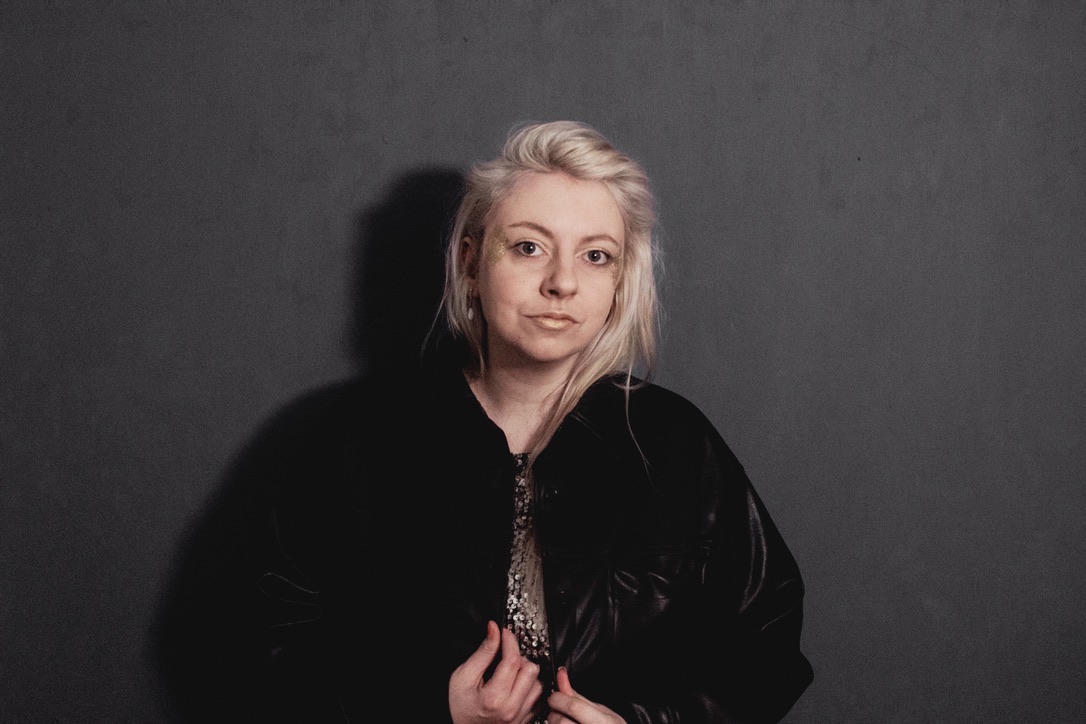 The final documentary of FrightFest Online Edition looks to one of the most misunderstood genres out there. The Found Footage Phenomenon dissects this often over-looked type of movie with interviews from many key players. We chatted to co-writer and co-director Sarah Appleton about this very informative piece.

HC: Have you always been a fan of horror movies?

SA: Yes, I grew up watching Hammer horror movies and Japanese horror because my dad was a film critic, so I used to look through all his VHS tapes he'd taped off the late night tv and pick something to watch. Evil Dead II was one of the first horror movies I ever saw, aged about 8.

HC: Can you recall the first found... 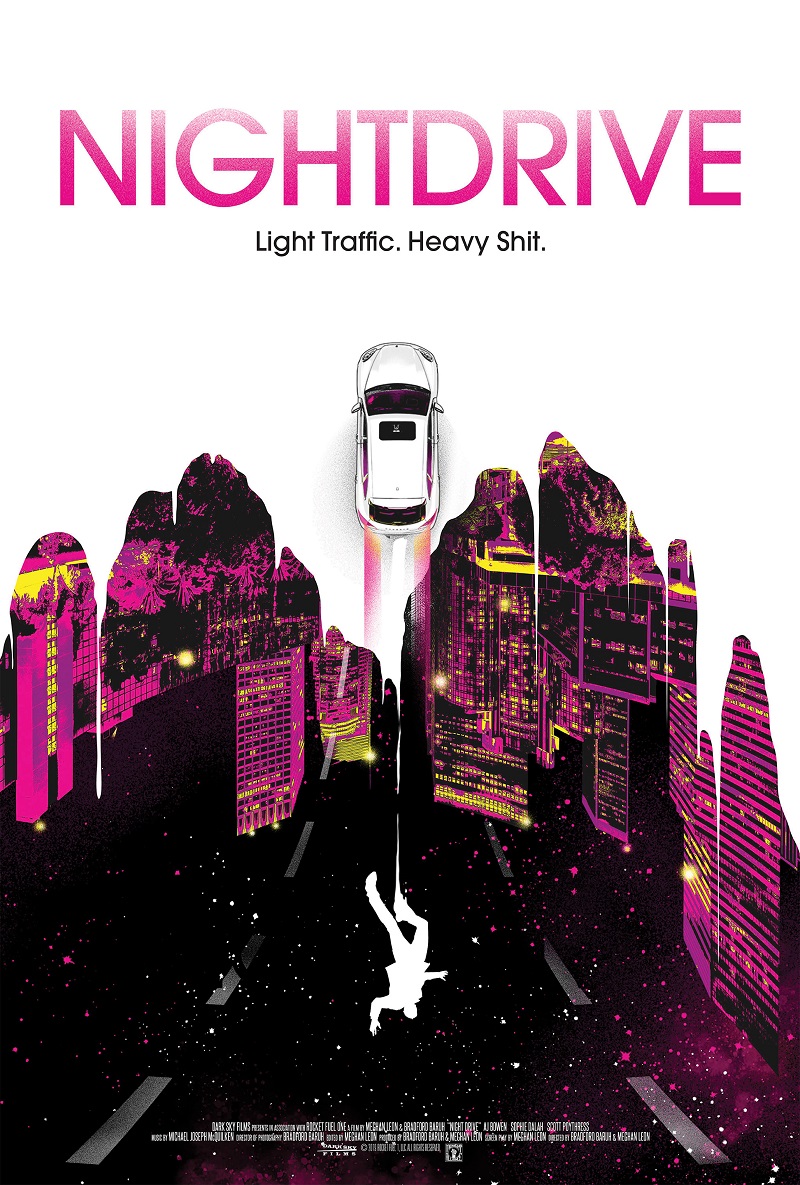 As we enter the final evening of Arrow Films FrightFest Online Edition 2021 there's still plenty to look forward to starting with a belter from directors Brad Baruh and Meghan Leon, Night Drive. Ride-share app driver Russell picks up his Hollywood fare Charlotte... and his whole life turns upside down. Slipping him a wad of cash, she hires him for the rest of the evening. Their first stop at her ex's place sees Charlotte running out the door clutching a tiny suitcase being chased. They make their escape, but accidentally run over a pedestrian, setting in motion a chain of gruesome events that will go to places Russell could never have imagined in his wildest dreams. What starts off as a simple t... 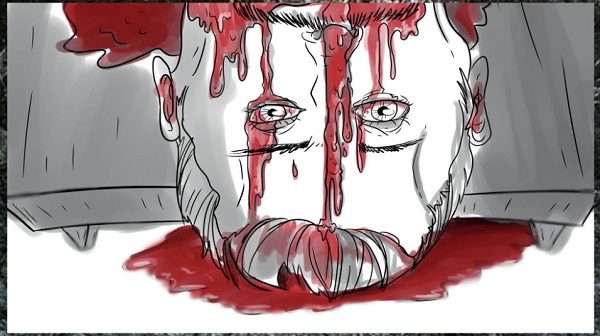 There are a number of monochrome movies at FrightFest this year and one of the stand out ones is Josh Stifter's Greywood's Plot so we had a quick chat with him about it.

HC: Was there one movie you saw when you were younger that made you want to be in the filmmaking business?

JS: Beetlejuice. I saw it when I was 5 years old. My family all got the flu and my mom went and rented it. This was back in the day when you didn't have access as easily to movies so if you rented a movie, it often would get watched a couple times before it was returned. Since we had nothing else to do, we all just laid around sick watching Beetlejuice over and over. I became obsessed. It was the first time I... 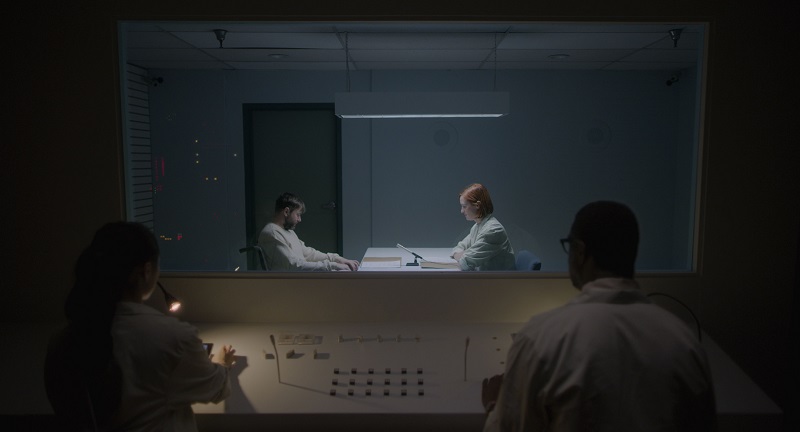 Based on his own graphic novel 'Generous Bosom', Conor Stechschulte has written a tight and tense script for Ultrasound which is showing today at Arrow Films Fright Online Edition. We chatted to him about the process of bringing his original idea to the big screen.

HC: Did you know from a young age that you wanted to become a writer?

CS: I did! At about 7 or 8 I went from wanting to be a fighter pilot to wanting to be a writer. My formal education is in visual art, but I've always had narratives at the heart of all the creative work that I make and have never really stopped writing in one form or another.

HC: Was there any one person who inspired you?

The feature debut of Rob Schroeder, producer of Sun Choke and Beyond The Gates, Ultrasound is a startling puzzle box Sci-Fi mystery and playing today at Arrow Films FrightFest Online Event. We chatted to Rob about this chilling movie.

HC: Did you know from a young age that you wanted to be in filmmaking?

RS: Not really. When I was young, I loved going to the movie theatre every week, but I didn't see filmmaking as a career because in my town I didn't know any filmmakers. The movies were always so special for me and even sacred, so at a young age I did sense the magic.

HC: How did become attached to this project?

RS: I developed the project, by reaching out to Conor S... 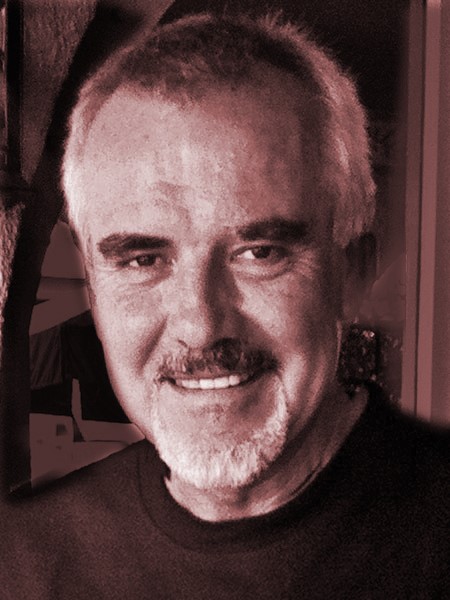 Peter Daskaloff has brought his nerve-jangling movie Antidote to FrightFest Online Eidtion 2021 so we chatted to him about this complex and intriguing movie.

HC: What is your writing method when working alongside someone else?

PD: I usually write alone. But for Antidote, I had to hire a co-writer because the subject was complex. I needed another set of eyes to look at it from outside my box. Matt Toronto was recommended to me by my executive producer, Ian Michaels, who has worked with Matt before. The collaboration was a bit bumpy, but the resulting script turned out pretty good.

HC: How did you go about casting the movie?

Interview with Francesco Erba writer and director of As in Heaven, So on Earth
Posted on Sunday 5th September 2021 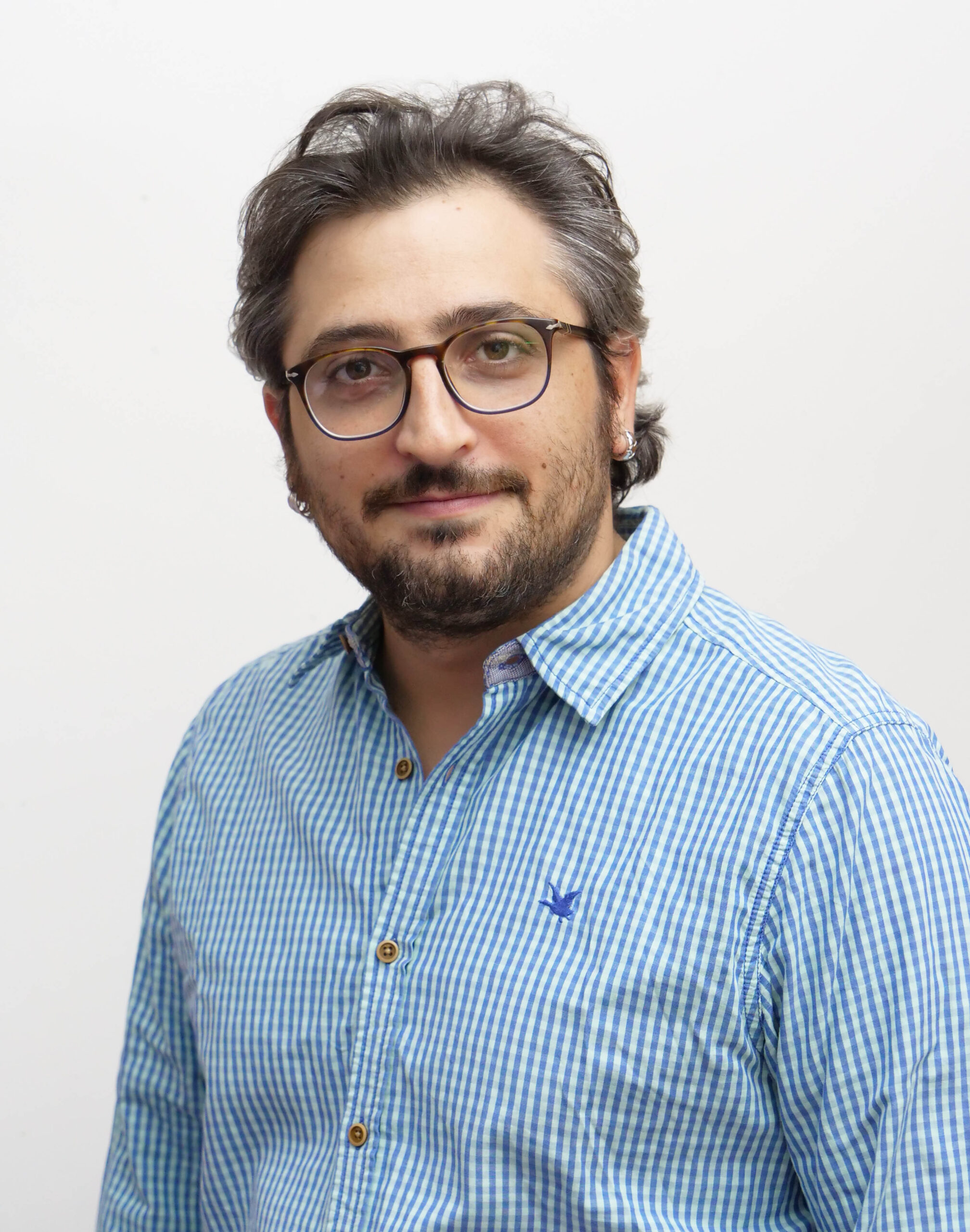 As In Heaven, So On Earth mixes the found footage genre with incredible animation to deliver a truly unique take on the format. The movie effortlessly moves from its gothic animation to cutting edge technology footage and brings together a tale which is emotional and utterly heart breaking in equal measure. We chatted to its writer and director Francesco Erba as it plays at FrightFest Online Edition 2021.

HC: Where did the idea for As in Heaven, So on Earth come from?

FE: As in Heaven, So on Earth was born not only from one specific idea but, as very often occurs, from many different ones, different influences and life experiences... 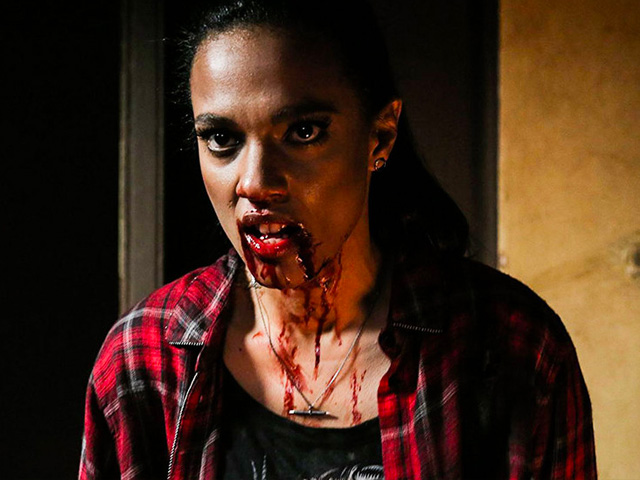 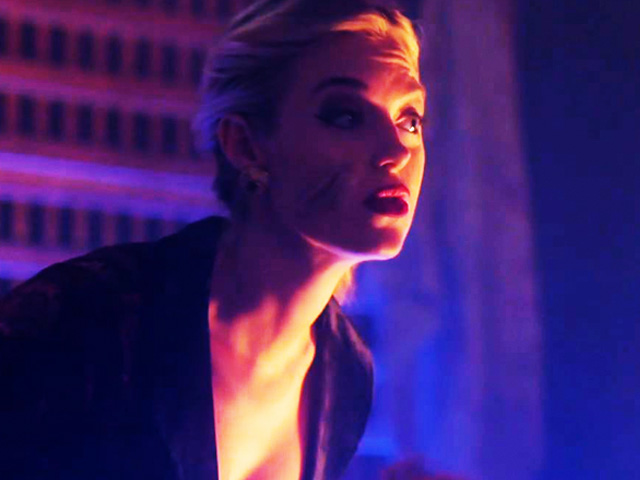 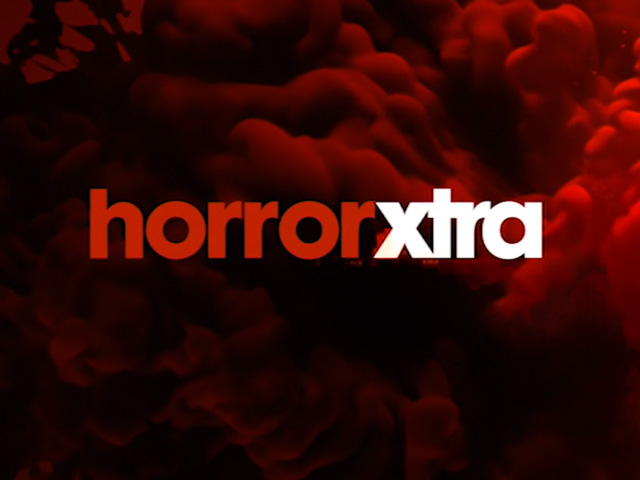